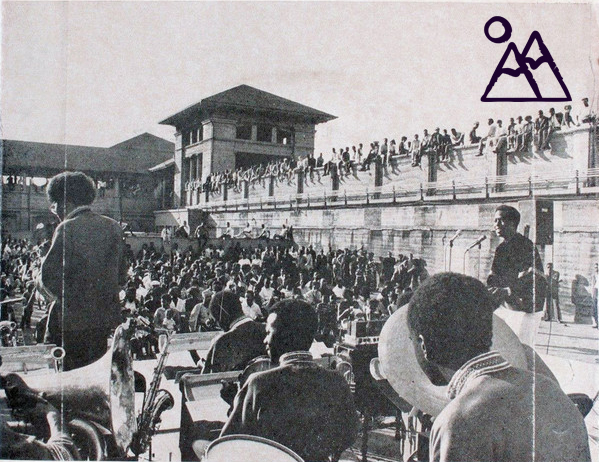 Looking towards aspects of the African diasporic tradition and its tools, such as cooperative creation, improvisation, and deep listening, we are provided both inside and outside of the context of musicianship, guides that can play significant and important roles in our lives as active neighbors in community. These are social tools to carry with us day-to-day.

For this third workshop for the class Fate is Kind, we will be joined by artist, musician, and 9th Ward elder Douglas Ewart. Centering our focus on the techniques and histories of so-called jazz, “social music” as it was described by Miles Davis, or simply, as described by the Art Ensemble of Chicago, Great Black Music we will, in general, think through how this traditions qualities play a role for non-musicians to be more attentive neighbors. And in specific, we’ll listen to how these attitudes and qualities have played out in Douglas’ life and work, and what his experiences in cooperative creation can teach us moving forward in common.

Radio days are coming to Beyond Repair very soon. Got a program you want to organize? Get ready for W R/L F/R (With Radical Love & Fierce Resistance Radio).

I was lucky enough to grow up with Geoffrey Holder playing a significant role in my childhood. How could he not? Physically and personally he was so gigantic in life, especially to a child. Even after I’d moved away from NYC, I’d run into him walking the streets of his neighborhood and he’d remember me, calling out my name over the traffic and noise in SoHo near his loft. This advice to kids is advice for us all. We should never stop asking “what?” and “why?”

It cannot simply be achieved through policy – safer streets, access to good food, etc… Though certainly those considerations play a big part, we can’t arrive at them till we endeavor to ask one another “what?” and “why?” But how? How do we arrive at that space of questioning in a productive, inclusive way that begins outside of a space crisis? Prior to the notion of a “problem that needs to be fixed”? – Sam