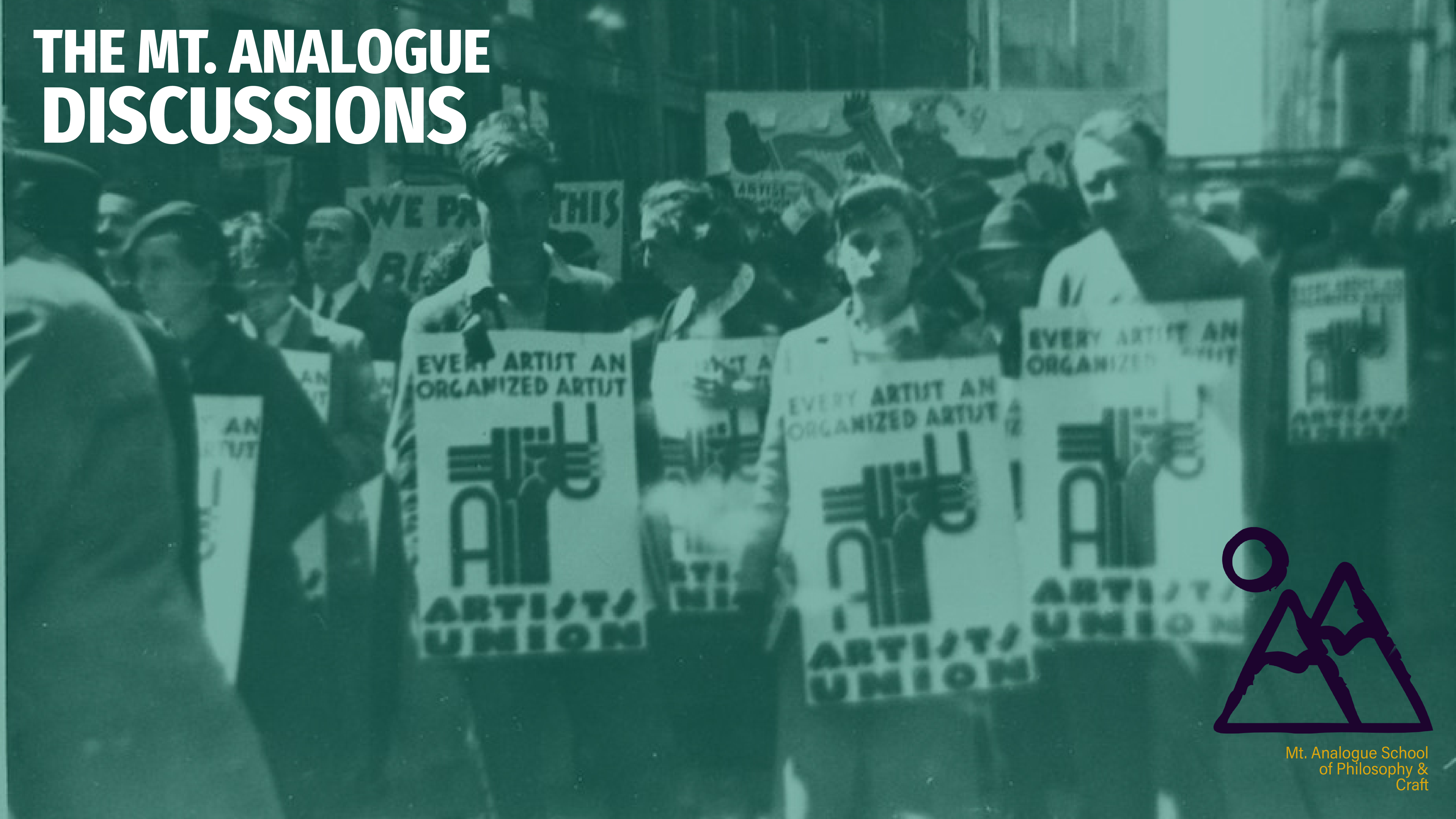 From her pre-academic days in radical feminist media networks to her focus on art and labor, craft and activism, and now the role of dance as a cultural form of grassroots resistance to repressive structures, Julia Bryan-Wilson has paid unique focus on how matters of everyday existence intertwine with deep rooted needs for cultural production as a social force for change. For this first session in the Mt. Analogue Discussions, Confluence Studio’s on-going series of conversations with artists, academics, activists, and global thinkers, we are proud to collaborate with the Art Dept. of Carleton College to host a discussion with Bryan-Wilson about how she sees her role as an art historian who works across difference and geographies and how she sees her work as a scholar as co-extensive with her work as an activist. Through this personal frame we hope the discussion will provide space to reflect more broadly on both the state of artistic production today as well as the role that the academy could play in furthering the cause of equity and equality.

Julia Bryan-Wilson is Doris and Clarence Maro Professor of Modern and Contemporary Art at the University of California at Berkeley, where she also directs the university’s Art Research Center. Her research interests include theories of artistic labor, feminist and queer theory, critical race theory, performance and dance, production/fabrication, craft histories, photography, video, visual culture of the nuclear age, and collaborative practices. She is the author of Art Workers: Radical Practice in the Vietnam War Era (University of California, 2009); Art in the Making: Artists and Their Materials from the Studio to Crowdsourcing (with Glenn Adamson, Thames & Hudson, 2016); and Fray: Art and Textile Politics (University of Chicago, 2017).  She is the editor of OCTOBER Files: Robert Morris (MIT Press, 2013), and co-editor of three journal special issues (“Amateurism,” Third Text, 2020; “Visual Activism,” Journal of Visual Culture, 2016; and “Time Zones: Durational Art in its Contexts,” Representations, 2016).

Bryan–Wilson is an adjunct curator at the Museu de Arte de São Paulo, where in 2019 she co-curated the exhibit Women’s Histories: Artists before 1900; in 2020 at MASP she organized Histórias da Dança/Histories of Dance. With Andrea Andersson, she curated Cecilia Vicuña: About to Happen, which opened at the Contemporary Arts Center New Orleans in 2017 and traveled to the Berkeley Art Museum, the Henry Art Gallery, the ICA Philadelphia, and MOCA North Miami. She is currently writing a book about Louise Nevelson.