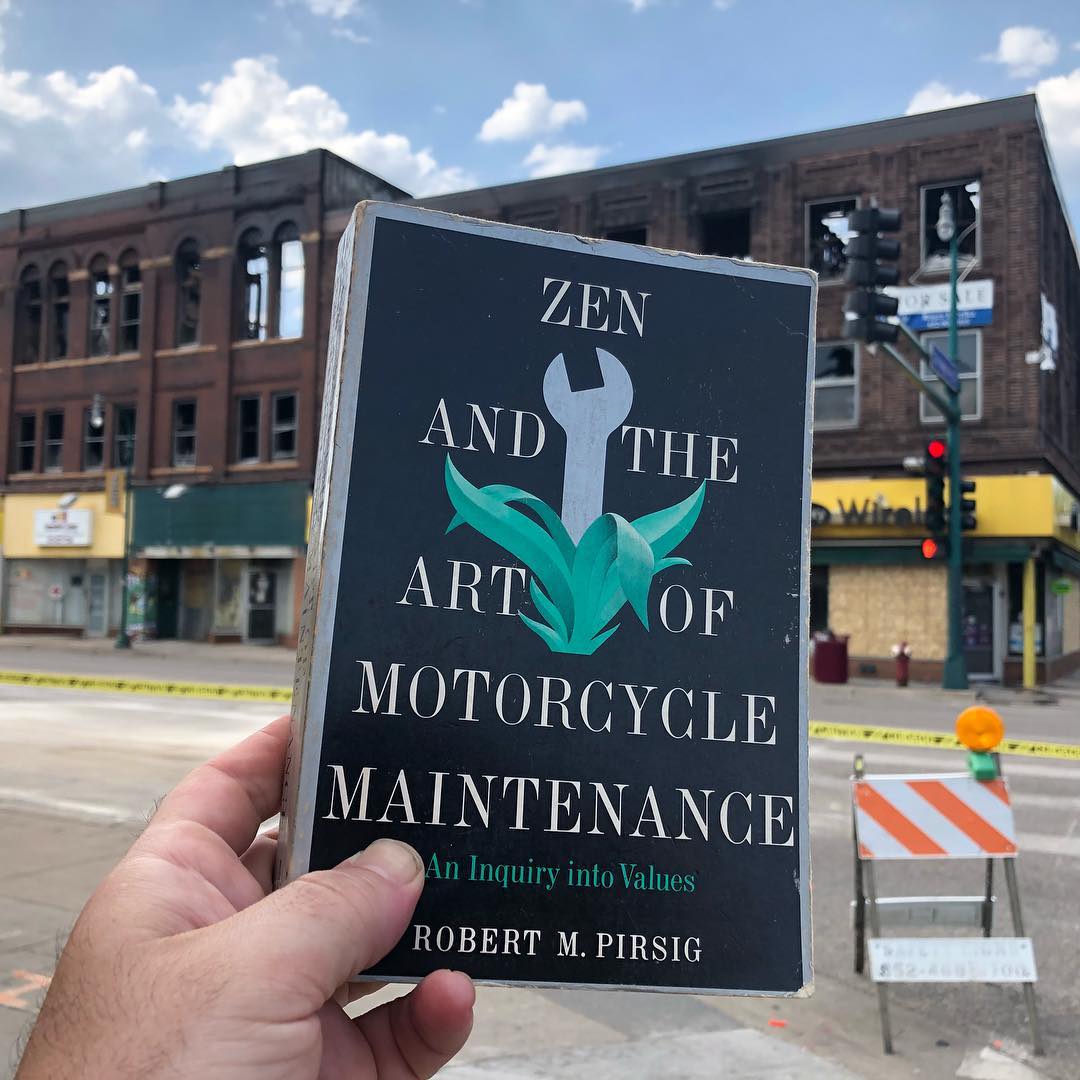 In the spring of 2018, a building burned down. Roberts Shoes, on the northwest corner of Chicago Avenue and East Lake Street, functioned for the surrounding community as an “anti-institution,” meaning it had all the history, social complexity, bank of skills, and wealth of conjoined experience of a formal institution, and yet had no center, no hierarchy, no mission, no guidelines other than the convergence of likeminds, and the necessary few un-likeminds.

Spaces like Roberts serve an important and necessary function in the social life of neighborhoods and democracies alike. They are crossroads where the unexpected occurs. The more unique they are, the less traveled they may be, but that’s no matter. While not everyone in the neighborhood wandered by Roberts Shoes and took the time to chat with Michael while he sat outside his Hip Hop Shop or spent an evening listening to music or stopped to look into the window of the Shoebox Gallery, we were all, nonetheless, impacted by the presence of Roberts as a site of social convergence. Healthy neighborhoods are filled with anti-institutions like Roberts. But in the spring of 2018, the building burned to the ground, and the neighborhood lost something indescribable. Its indescribability was, in part, its function. Its meaning was that it meant a lot of things. Confusion can be an important tool in figuring things out.

The 9th Ward is a place of converging dreams. The people who live here come from all over the world, bringing their hopes with them. East Lake Street has a long and evolving history.  The seen and unseen, that history holds the realization of the hard work of so many.

During the last days of May into early June 2020, our neighborhood was radically transformed. George Floyd was murdered on Chicago Avenue by police and rage moved through the city. Fire and destruction spread from one building to the next, from the 3rd Precinct, up East Lake, past the former site of Roberts Shoes and beyond. Our Street was transformed by pain expressed and by those who would strategically take advantage of that pain. So much was lost, and what will come in its place is not yet known. But what was gained? Certainly, as neighbors, we feel a new urgency to work together toward what comes next. To envision and create a future together. Many of us hold a common fear–a whole neighborhood for the taking, its future drafted and determined by the desires of those who don’t live and work in the 9th Ward. How do we work against this possibility? Let’s start with a fire of another time.

In the spring of 2018, a building burned down. In the summer of 2020, in confusion, the site where that building stood begins to transform. Like so many now empty lots, Roberts has a future, but what future? Let’s decide together.

In the late winter of 2020, the lot where Roberts Shoes stood was purchased by the “Friends of 730 Eastlake” with the express intent of holding space and allowing time for the neighborhood to engage and envision a way forward. In order to facilitate that visioning, Confluence: An Eastlake Studio for Community Design was formed. The Studio believes that development is not just about buildings and the growth of capital, but a complex, rich, and energetic definition of value. Neighbors make neighborhoods; people make place.

Over the remainder of this summer, and beyond, the Roberts Shoes lot will be a space for the neighborhood to talk with itself. In gatherings small and large, in virtual spaces and socially distanced ones, in print and in person, we will ask each other, “What comes next?” As a radically diverse neighborhood of varying classes, races, generations, and sets of experience, what can we agree on as shared values for a future lived together? This process of engagement about our hopes for the Roberts site will open possibilities for the future of the 9th Ward in full. By sharing our stories of need, desire, and imagination, we can begin to craft an agenda for the road ahead, one block at a time.

Before recent events the work of the Confluence Studio on the Roberts Shoes site was a unique opportunity to engage in joint conversation about the form and use of a key element of our neighborhood. That work has now become a pragmatic necessity. If we, as neighbors, don’t set the agenda for what comes next, who will? Let’s consider this process an educational tool for our present and future selves, so that by working together to imagine what could rise from the ashes of Roberts, we might find our collective strength to advocate for the now many future sites, and future visions, of what may come in their place.