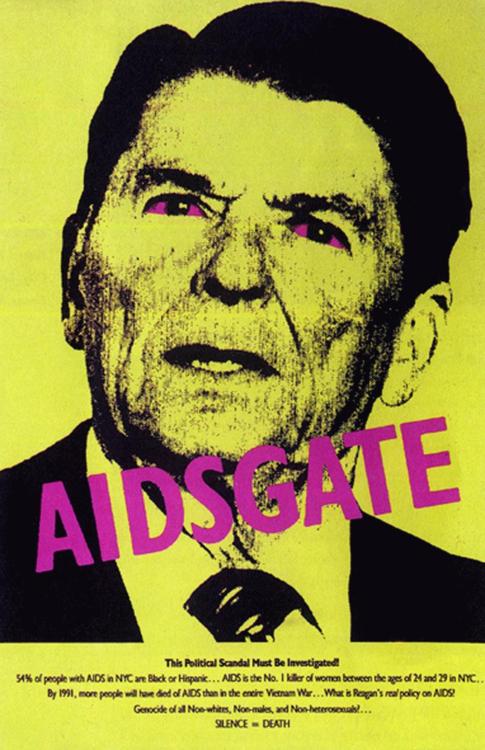 “It may be hard for your viewers to remember how difficult it was for people to talk about HIV/Aids in the 1980s,” Mrs Clinton said. “And because of both President and Mrs Reagan – in particular Mrs Reagan – we started a national conversation.”

Hillary Clinton’s comments at the funereal of Nancy Reagan on March 11 – that the Reagan’s and the Reagan White House helped “start a national conversation” about HIV / AIDS has been deeply disturbing to many, many people.

For those in their late 30s and 40s, the “AIDS Crisis” served as a political awakening, and part of the narrative of that awakening was the utter disregard and callousness of the Reagan White House, and the Reagan’s in particular, in the face of a plague which was killing thousands every year of the Reagan presidency.

These moments, whether the AIDS Crisis, the invasion of Iraq, or the 2014 uprising in Ferguson, MO. act as energetic touchstones in our political awakenings. They are moments wherein we realize that we are experiencing a power stronger than ourselves. And furthermore that we cannot from that point on stay silent. To do so would be to acquiesce to the unthinkable.

Gather at Beyond Repair for a free-form, group conversation wherein we will share our stories of political awakening and how those moments have subsequently shaped our lives and guide our futures.