For as many MT.A classes as we can afford to, we want to offer funding for neighbors to attend. For  instance, for Fate is Kind we have roughly $250 for about five students. In brief, we want this to be a norm because, as college students gain social capital from attending elite colleges, and in time potential income and economic and social stability, we want to, in whatever ways we can, provide various forms of capital, economic and otherwise, for MT.A students. 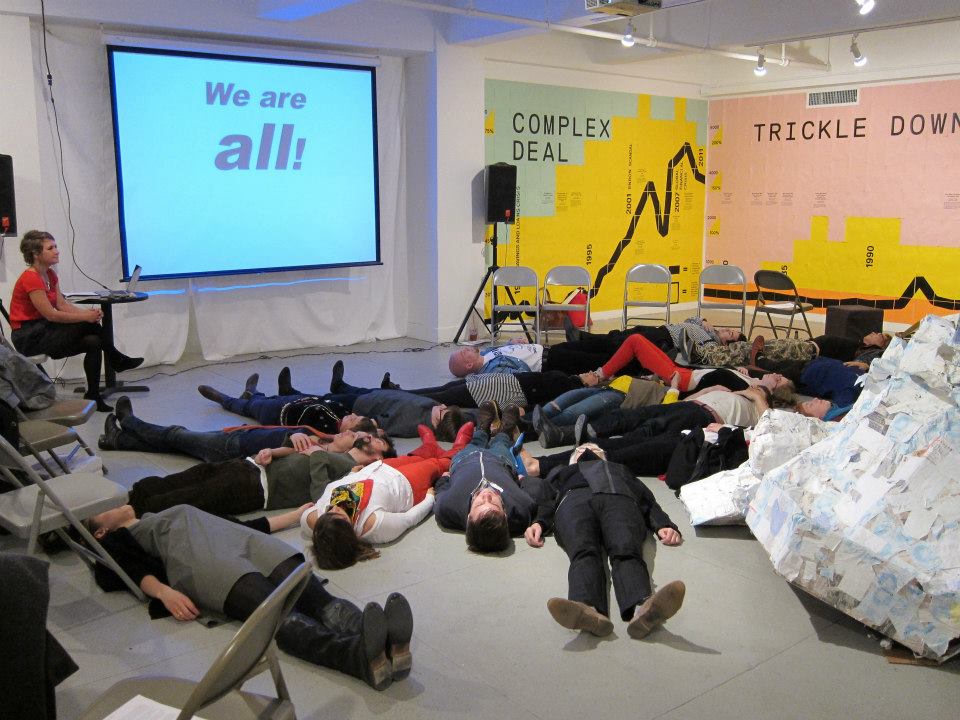 We’re very excited that two heavyweight minds will be joining us at Beyond Repair’s Assembly space for an afternoon of readings and lectures on Money, Art, Activism, & Intentionality (& More!).

Please join us in welcoming Max Haiven and Cassie Thornton for the launch of Max’s new book from Pluto Press, Art After Money, Money After Art: Creative Strategies Against Financialization, and Cassie for Collective Psychic Architecture, an artist talk.

From the publisher (https://www.plutobooks.com/9780745338248/art-after-money-money-after-art/): We imagine that art and money are old enemies, but this myth actually reproduces a violent system of global capitalism and prevents us from imagining and building alternatives. From the chaos unleashed by the ‘imaginary’ money in financial markets to the new forms of exploitation enabled by the ‘creative economy’ to the way art has become the plaything of the world’s plutocrats, our era of financialization demands we question our romantic assumptions about art and money. By exploring the way contemporary artists engage with cash, debt and credit, Haiven identifies and assesses a range of creative strategies for mocking, sabotaging, exiting, decrypting and hacking capitalism today. Written for artists, activists and scholars, this book makes an urgent call to unleash the power of the radical imagination by any media necessary.

“Daring, brilliant, provocative. At last a radical critique of the crypto-approach and an abolitionist approach to the problem of money and art”  Franco ‘Bifo’ Berardi

Max Haiven is Canada Research Chair in Culture, Media and Social Justice at Lakhead University in Northwest Ontario. His books include Crises of Imagination, Crises of Power: Capitalism, Creativity and the Commons (Zed 2014) and Cultures of Financialization: Fictitious Capital in Popular Culture and Everyday Life (Palgrave Macmillan 2014).

Cassie will discuss a current architectural project in process, (in collaboration with Curator, Taraneh Fazeli) that gives physical form to the invisible, psychological and social ramifications of financialized healthcare and social support. As part of the traveling workshop and exhibition series called “Sick Time, Sleepy Time, Crip Time: Against Capitalism’s Temporal Bullying” Thornton used plain building materials and many hours of help from gallery preparators to produce the physical architecture of financialization, whose invisible powers keep most US residents from getting the care they need to thrive. Collective Psychic Architecture is an opportunity to see, touch, hit or break through the wall that keeps us from seeing or experiencing a world organized around life and health.

Cassie Thornton is an artist and activist from the U.S., currently living in Canada. Thornton is currently the co-director of the Reimagining Value Action Lab in Thunder Bay, an art and social center at Lakehead University in Ontario, Canada.

Thornton describes herself as feminist economist. Drawing on social science research methods develops alternative social technologies and infrastructures that might produce health and life in a future society without reproducing oppression — like those of our current money, police, or prison systems. 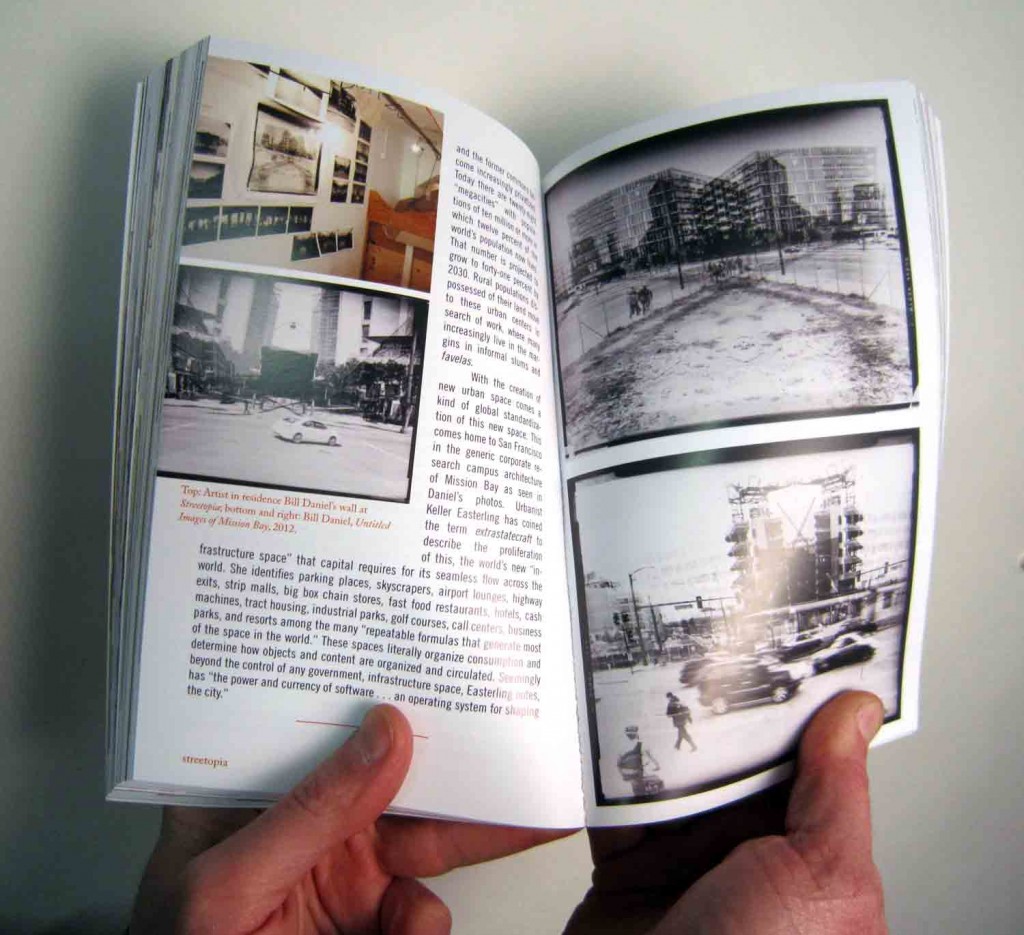 Beyond Repair‘s Crisis Logic and the Reader series presents: Erick Lyle, reading from and discussing his book Streetopia!

After San Francisco’s new mayor announced imminent plans to “clean up” downtown with a new corporate “dot com corridor” and arts district–featuring the new headquarters of Twitter and Burning Man–curators Erick Lyle, Chris Johanson and Kal Spelletich brought over 100 artists and activists together with residents fearing displacement to consider utopian aspirations and plot alternative futures for the city. The resulting exhibition, Streetopia, was a massive anti-gentrification art fair that took place in venues throughout the city, featuring daily free talks, performances, skillshares and a free community kitchen out of the gallery. This book brings together all of the art and ephemera from the now-infamous show, featuring work by Swoon, Barry McGee, Emory Douglas, Monica Canilao, Rigo 23, Xara Thustra, Ryder Cooley and many more. Essays and interviews with key participants consider the effectiveness of Streetopia’s projects while offering a deeper rumination on the continuing search for community in today’s increasingly homogenous and gentrified cities. 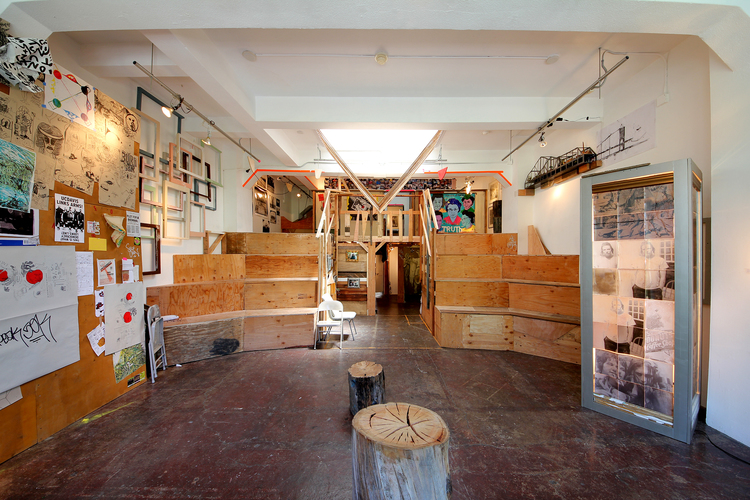 Crisis Logic and the Reader: As sociological studies and our own experiences have shown us, crisis manifests relationships and modes of action uncommon outside of states of disruption. Egalitarianism, collaboration and cooperation, crisis highlights utopic possibilities in the midst of the destruction of the day-to-day.

But along with crisis comes anxiety. That boost of adrenaline, beneficial in small immediate doses, fracturing our clarity and composure over time.

Crisis Logic and the Reader, an area of inquiry centered at Beyond Repair this fall, promotes the notion of the “social life of reading” as a long-term, daily alternative to the logic which arises out of singular moments of crisis. This collective, and distributed, conversation will take form in multiple locations around the Twin Cities from Oct. – Dec. 2016, through talks, symposium, publications, art installations and more at Beyond Repair, St. Catherine’s University, Minnesota Institute of Art, and further afield.